This project involved the transforming of the existing golf course and adjacent quarry into a larger golf course with a new clubhouse and more than a 100 residential lots.  As a subcontractor, Sukut proposed and successfully installed vertical HDPE pipes, which was thought to be near impossible to achieve. Sukut not only successfully installed pipe, but simultaneously performed adjacent grading activities, finished on time, and under the owner’s initial budget estimates. During the project, Sukut cut more than 400,000 cubic yards of soil to provide the bottom of a 22,500 square foot infiltration pad. The pad was built using sand, gravel, and several layers of non-woven filter fabric.  As the infiltration pad neared completion, Sukut began installation of 9 systematically placed 60-inch rock-filled HDPE columns vertically to a height of nearly 170 feet. To accomplish this feat, Sukut imported and placed nearly 420,000 cubic yards of soil in unison with the vertical column installation.  At the top of the columns, Sukut built a 96-inch diameter, 30 foot deep, concrete Flow Distribution Structure designed to convey all low flow waters from the project through the deep vertical columns. 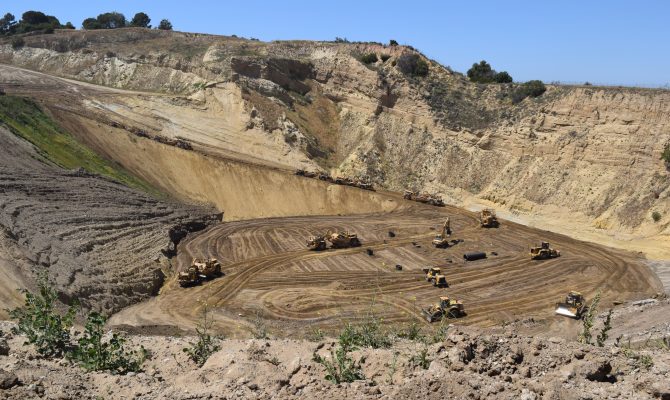 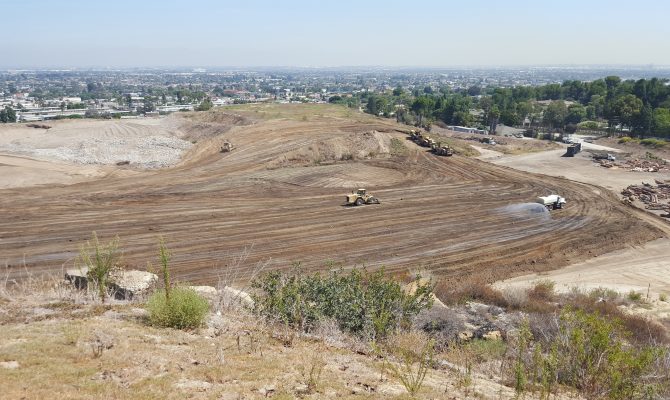 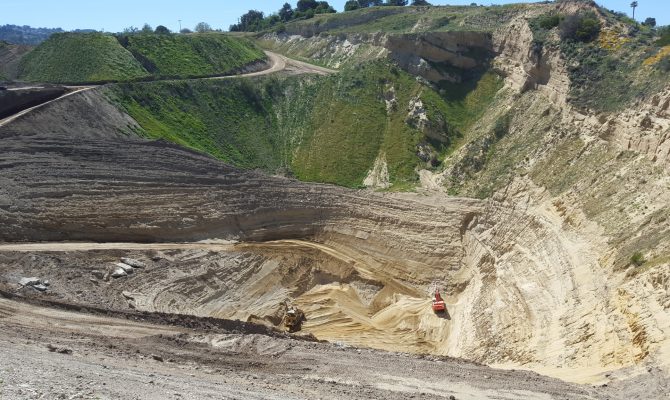 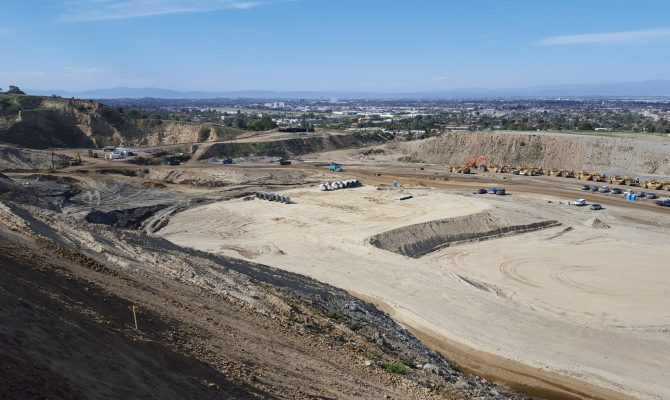 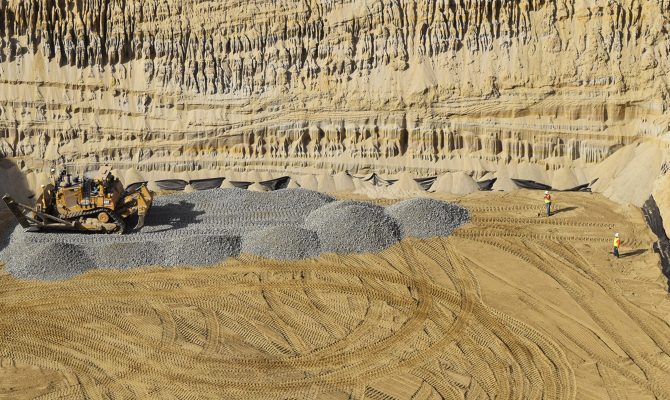 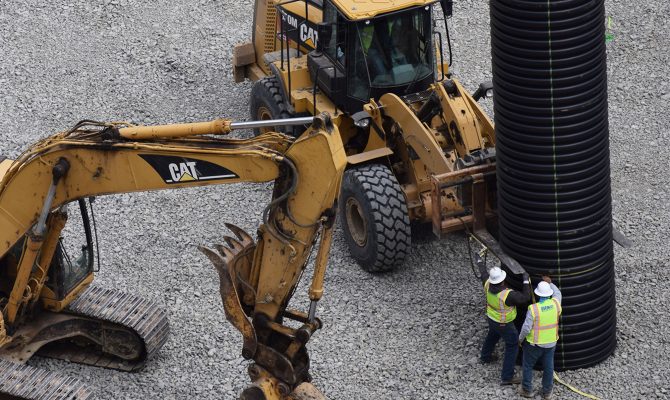 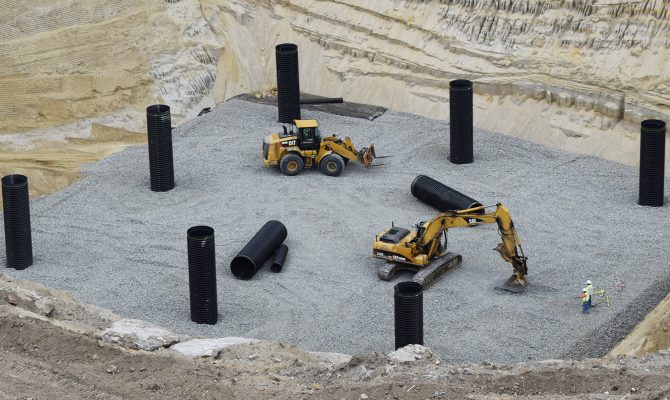 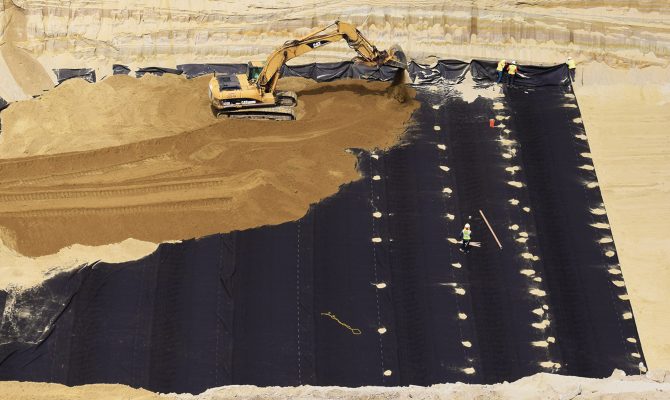 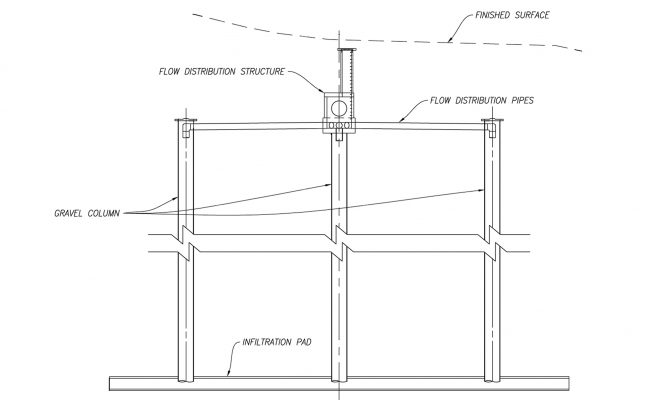