A design-built project consisting of 26 miles of new roadway including six lanes, with Sukut performing earthwork, drainage, and roadway construction, and FCI constructing bridges. Sukut moved 67 million cubic yards of earth through the rugged Santa Ana mountains, including 15 million cubic yards of rock. Earthwork excavation included cuts in excess of 300 ft and 400 ft deep fills, the movement of dirt to 72 bridges, the construction of 102 structures including 82,000 cubic yards of drainage concrete, and 213,000 linear feet of storm drain pipe. This work also included hundreds of utility relocations.

This project was completed under budget and approximately one year ahead of schedule resulting in it being one of the most successful design/build transportation projects in Southern California earning it more than five national awards including: 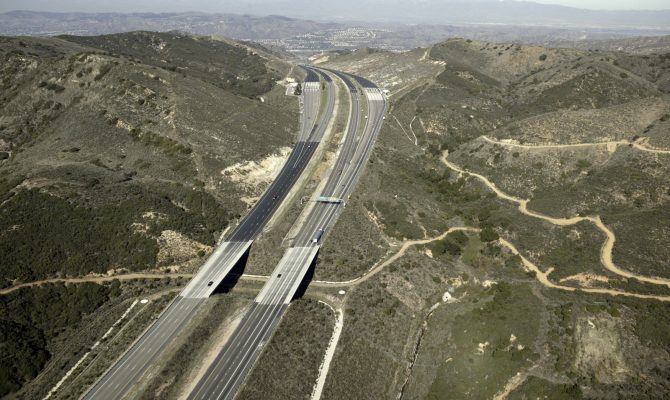 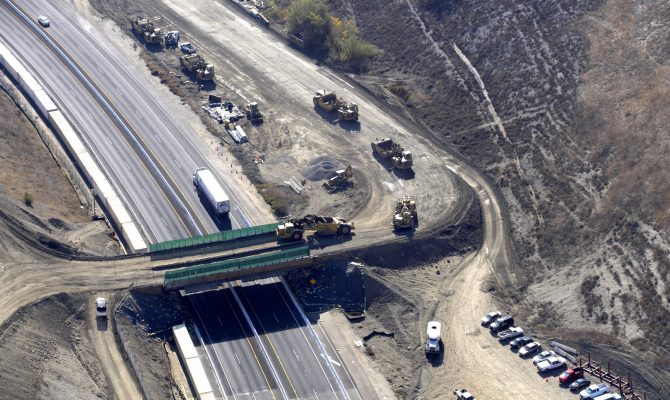