The La Novia Roundabout Project was designed to improve traffic flow by reconfiguring the existing stop-controlled intersection. The new system allows drivers to follow La Novia Avenue, or to take Valle Road going North or South.  Sukut performed construction services on this project, which included the removal of an existing offset intersection and replacing it with a single lane roundabout.  During the project, Sukut installed an 88-foot architectural wall, and removed and replaced city waterline and sewer systems.  Construction work began in July of 2016 and had to be done in seven phases, and included coordination with CalTrans and the City of San Juan Capistrano.  Sukut successfully completed the project, which won numerous industry awards, in March of 2018. 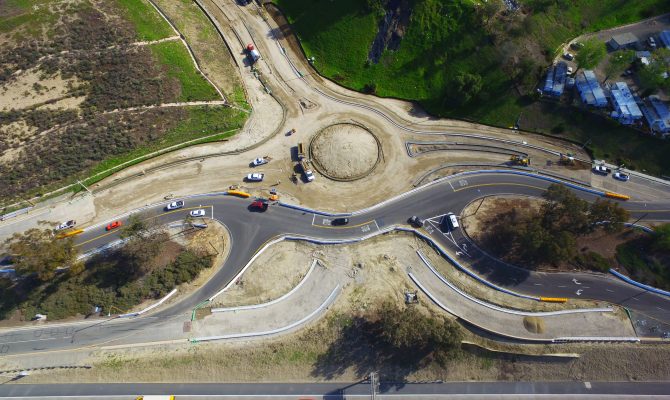