In November of 2017 the City of San Juan Capistrano announced its recognition for the La Novia Roundabout project located at the Interstate-5 northbound entrance and exit ramps with La Novia Avenue and Valle Road.  The project won two awards: the first being from the Southern California Chapter of the American Public Works Association (APWA) and the second coming from the American Council of Engineering Companies.  “The APWA recognizes public works accomplishments in various categories, and the city’s roundabout project will be recognized under the category of Traffic, Mobility and Beautification,” wrote Ben Siegel, City’s Manager.

The La Novia Roundabout Project was designed to improve traffic flow by reconfiguring the existing stop-controlled intersection. The new system allows drivers to follow La Novia Avenue, or to take Valle Road going North or South.  Sukut performed construction services on this project, which included removal of an existing offset intersection and replacing it with a single lane roundabout.  During the project, Sukut installed an 88-foot architectural wall, and removed and replaced city waterline and sewer systems.  Construction work began in July of 2016 and had to be done in seven phases, and included coordination with CalTrans and the City of San Juan Capistrano.  Sukut successfully completed the project in March of this year.

Sukut Construction is a General and Heavy Civil Engineering Contractor with almost 50 years of superior performance on residential, public, commercial and industrial projects throughout California.  Sukut is most widely referred to as California’s largest mass excavation and grading contractor that also maintains an equipment fleet of more than 300 pieces of heavy equipment.  In recent years, Sukut has received more than 30 industry honors, including Contractor of the Year and Best Company to Work For.  Sukut maintains its high status in the construction industry by offering the maximum level of project quality and safety, the very best in personnel, and cost effective work. 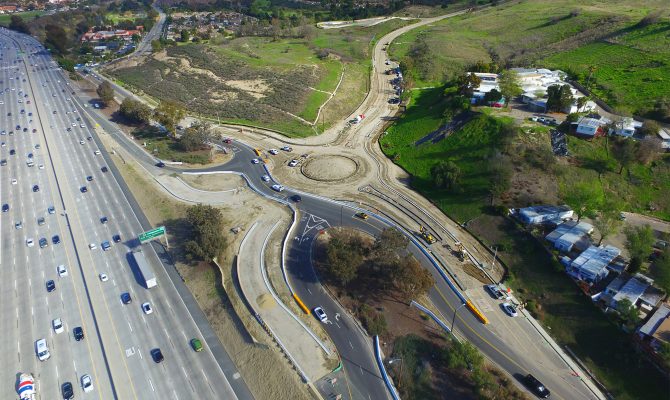