Sukut Construction and Myron Sukut Recognized by the SCCA

Southern California Contractor’s Association (SCCA) held a 2018 President’s Gala in Huntington Beach, Calif., on November 10th.  There, Sukut received a Contractor of the Year award, and the Company’s founder, Myron Sukut, was named VIP of the Year.  Michael Crawford, Sukut’s CEO, was honored by the recognition and thanked the Association while accepting the award on Company’s behalf.  Myron also spoke at the event and expressed his gratitude towards SCCA and its members.

Myron has been part of the construction industry since 1955 when he started working for a chain link fencing material manufacturer right after he graduated from high school.  The industry was very attractive to Myron, so he developed more skills, and explored various roles before founding Sukut Construction. Myron’s business philosophy was simple: he believed that everyone involved in the company is a partner.  Thus today, he attributes the success of Sukut Construction to the support from his mentors, who gave him opportunities that allowed him to do things, and team members, clients, and vendors, who worked hard on every project that Sukut had.

The Company’s culture was built on Myron’s business principle. Because of everyone’s hard work, good ethics, teamwork, and employee and customer appreciation, Sukut has grown to employ 660 people and is considered to be one of the largest heavy civil engineering general contractors in the Western Region. The Company is able to maintain its good standing even in hard times by diversifying across five markets: Residential Grading, Public Works, Environmental Services, Alternative Energy, and Joint Ventures.  Sukut also has its own Caterpillar fleet that contains close to 300 heavy pieces of machinery and employs its own GPS services on the projects. 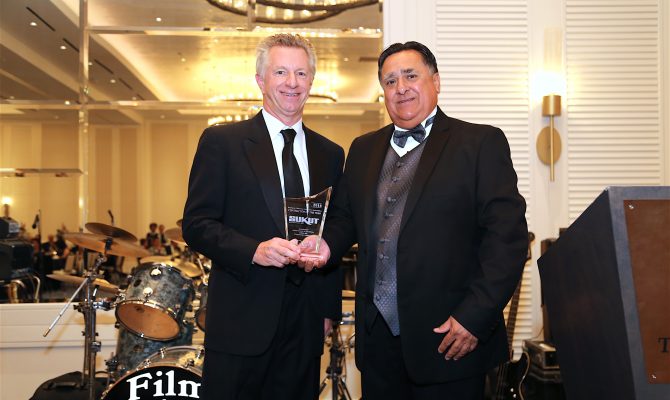