An employee-owned firm, Sukut Construction, has been ranked as the 5th Top Workplace out of 47 midsize companies. The announcement was made during an award ceremony hosted by the Orange County Register on December 12th, and the ranks were published by the magazine on December 13th. This is the fifth time that Sukut has been named a Top Workplace by the Orange County Register.

Founded in 1968, Sukut is one of California’s largest grading general contractors and has grown from 150 to 650 employees in the last three decades. Sukut’s management works hard to provide every employee with multiple opportunities to learn and grow within the organization. Sukut considers its employees the most important asset of the company and genuinely cares about each and every person and their contributions to the success of the firm. This attitude has fostered a company culture with strong workplace satisfaction and high employee retention. 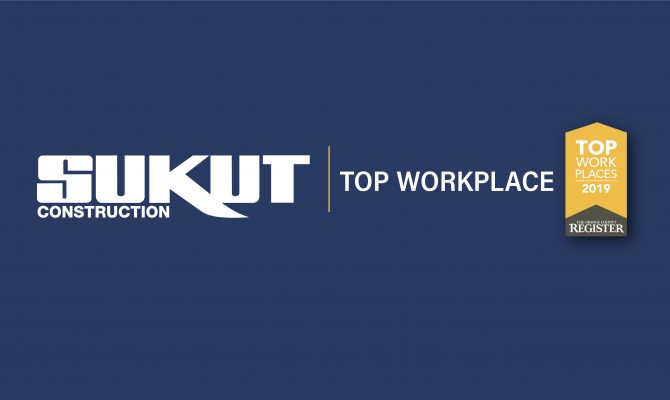