Sukut Construction has again been recognized as one of the leaders in the heavy civil construction industry as well as the environmental services industry. Sukut has improved their ranking in the ENR list of Top 400 construction contracting firms from #351 last year to #299 this year. Sukut’s ranking in the ENR Top 200 Environmental Services Contractors List also improved from #82 to #67. As a regular member of the annual ENR top 400 Construction Contractors List, Sukut continues to solidify its reputation in the heavy civil construction industry.

Equipped with one of the largest fleets of Caterpillar heavy construction equipment, Sukut has been well-positioned to capitalize on the burgeoning environmental services market. The inclusion of 84 construction firms amongst the 200 top environmental services firms indicates the viability of such future growth opportunities. Over the course of the last five years, Sukut’s ranking in the ENR Top 200 Environmental Firms has improved from #189 in 2015 to #67 in 2019. Sukut has been on the list each year while increasing their environmental revenue from $8.7 million to over $118.3 million over those five years.

Sukut has enjoyed overall revenue growth of more than 43% across the last five years. While continually being included on the ENR Top 400 Construction Contractors, gross receipts over the five-year period have averaged over $250 million per year. At the closing of the 2018 fiscal year, Sukut reported a total revenue of $310.2 million. With over 600 well-trained and motivated employees and an ever-larger customer base, Sukut expects to continue their growth trend. Having opened a second location in northern California, the firm continues to expand its geographic footprint. Meanwhile, Sukut strives to realize further growth potential by exploring increasingly diverse heavy civil construction markets. 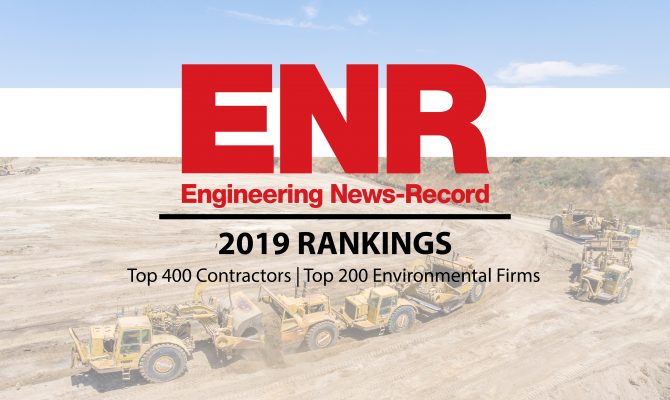