Sukut Construction began their work on the Hi-Desert Water District Wastewater Reclamation, Phase I, Package C project at the beginning of this year.  The project consists of constructing over 32 miles of gravity sewer pipeline and 422 polymer manholes. The construction includes four jack and bore crossings through Caltrans Right of Way at Highway 62, and one jack and bore crossing across San Bernardino County Flood Control of Way.  Due to project’s close proximity to residential homes and a local airport, Sukut’s crews took on full responsibility of paying closer attention to their daily activities.

Sukut was notifying residents and the airport staff of their upcoming work in advance to give everyone enough time to make proper arrangements.  Construction crews also increased their safety activities and made sure that every resident was protected when outside of their homes.  In addition, Sukut was respectful of residents by starting construction at a reasonable time in the mornings.

This approach resulted not only in an efficient way of running a project but also in recognition from the community.  In his letter to Hi-Desert Star, a Yucca Valley resident, John Amundsen,  writes, “I have a home in Yucca Valley on the airport, and would like to pass on to you the fantastic job that the Hi-Desert Water District and their contractor Sukut is doing.  I have worked around a number of large construction jobs. This contractor along with HDWD supervisors is doing an exemplary job.  At the end of the day, the equipment is staged, the work area is tidied up as best as can be done, and they are not leaving any hazards around for my family or the public to be exposed to.”  Some of Sukut’s employees went above and beyond their responsibilities. “One employee even offered to haul our garbage bins out to the front of the house for pickup.” writes John.

Sukut’s culture is about doing good, not only for the Owners but also communities.  The company takes good care of their employees and promotes stewardship, which reflects on everyone’s willingness to do a great job on every project, as well as be considerate of residents and help in every way possible.

Sukut Construction is a General and Heavy Civil Engineering Contractor with 50 years of superior performance on residential, public, commercial and industrial projects throughout California.  In its history, Sukut has moved more than 1 billion cubic yards of earth and is considered as California’s leading grading and excavating company.  They own and maintain an equipment fleet of more than 300 units, and own one of only a few private fleets that are compliant with the 2010 Air Resources Board (CARB) rules for off-road diesel equipment.  Sukut has been nationally recognized for its work on a variety of projects.  These projects range from small to large and encompass general contracts for earthmoving, dam construction, roadways, major drainage structures, and civil works.  In recent years, Sukut has received more than 30 industry honors, including “Contractor of the Year” and “Best Company to Work For.” 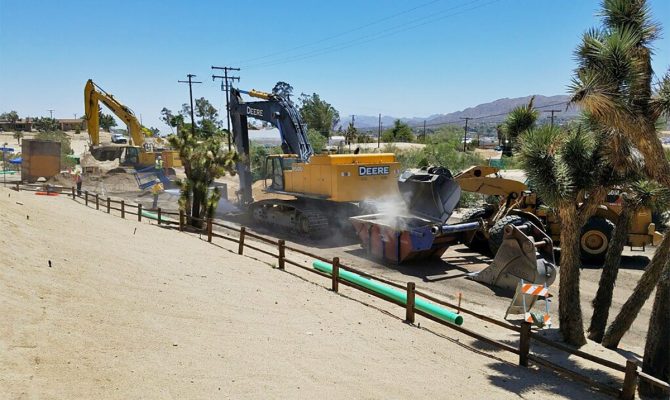