The Calaveras Dam Replacement project has been in a spotlight of many media channels throughout its construction.  The San Francisco Chronicle, ENR Magazine, Fox KTVU, ABC News, and KCBS Radio are among those who have been covering the progress of the project since 2011, and there is a reason why.

After years of battling with nature presented in the form of ancient landslides and rock formations at the site of this 93-year-old dam, and excavating over 10 million cubic yards of earth, Sukut is seeing the light at the end of the tunnel.  The final product of this joint venture project will be holding 31 billion gallons of water and responsible for serving residents in four Bay Area counties, is now nearly complete.

The Calaveras Dam was topped off with the last load of clay just a few months ago, and Sukut is now concentrating on constructing a few of the outside roads and structures.  This work is estimated to be wrapped up by the summer of 2019. 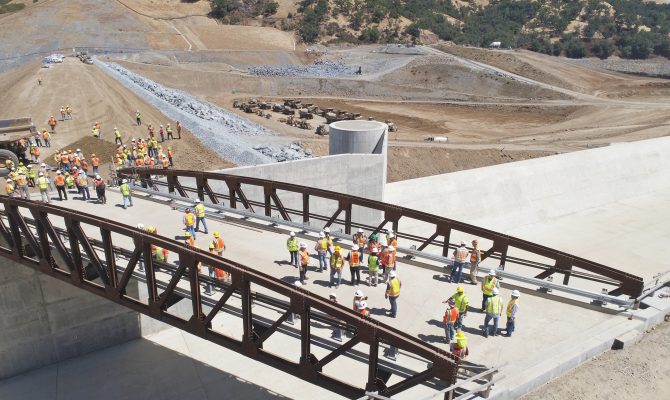