CalContractor Magazine highlighted Sukut’s Hi-Desert Water District Wastewater Reclamation, Phase 1 Collection System project in their Underground issue. Sukut Construction serves as general heavy civil contractor overseeing construction of this $94.7 million project, located in Yucca Valley, CA. The project includes installation of 109 miles of new gravity and force main sewer lines, removal and replacement of around 78 miles of the existing roadway, as well as the construction of 5,120 sewer laterals and 1,353 polymer concrete manholes. Once the piping and other underground features are in place, Sukut will place over 250,000 tons of modified asphalt polymer mix to cover an area of 10.7 million square feet. The new sewer system is designed to collect, treat, and reclaim wastewater.

The work began in January 2017, with an expectation of completion by December 2019. Due to the extensive scope of this project, Sukut employs a crew of over 80 field personnel on any given day. The team utilizes approximately 12 Cat excavators, four Cat wheel loaders, and other pieces of machinery such as backhoes and skip loaders.

Such a large-scale project requires tremendous coordination with the residents and local businesses. Sukut and everyone involved has been working hard to maintain a safe and productive environment while allowing residents to keep up with their daily routine. Another outside factor to consider is the weather, and it has not been in Sukut’s favor with many rainy and even snowy days. However, despite the presented challenge, construction plans and procedures have remained on track. In fact, the project is ahead of schedule by several months.

To read more about the project and Sukut’s strive to accommodate residents’ schedules, read the full article here: HERE 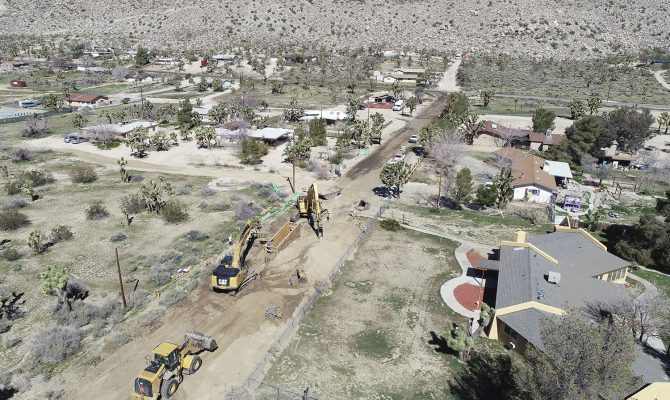