To achieve the project’s design, Sukut is performing 250 acres of clearing, grubbing, and stripping of topsoil and native vegetation and constructing a new 7.5-mile-long channel while widening the existing channel with over 250,000 cubic yards of excavation. Sukut is also installing over 2,000 linear feet of reinforced concrete pipe (RCP) and constructing eight large single, double, and triple cast-in-place concrete box culverts.

Sukut had mobilized to begin work in September of 2020 and is scheduled to finish work by October of 2021.

To read the full article in CalContractor magazine, visit LINK. 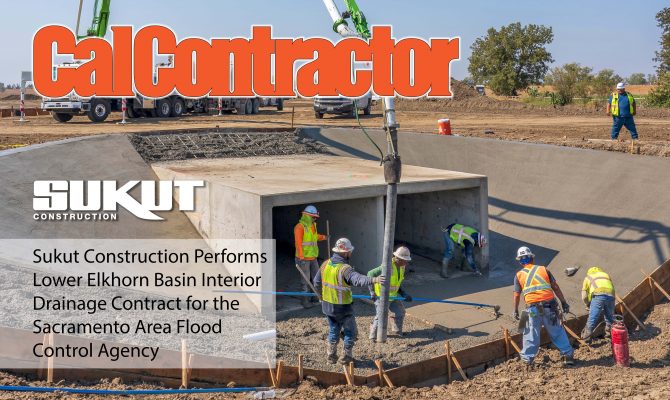