Sukut Construction, LLC and its joint venture partners, Flatiron, and Dragados USA (DFSJV), took a center spot in the ENR Magazine’s November edition.  The team’s project, Calaveras Dam Replacement, was featured in the article “Moving Mountains”, written by Scott Blair.  The article covers the full history of the original dam, built in 1925, the challenges presented by Mother Nature before and during the project, the precautionary steps taken by everyone involved in the project, and the assessment of the future work that is planned to be completed.

The Calaveras Dam Replacement project began in late 2011 and was focused on replacing the existing dam that was not meeting the seismic requirements and thus held only 40% of water due to the danger of collapsing during a significant seismic event.  The DFSJV team was introduced to the challenges of the native soil conditions very early on in the project.  Possibilities of an ancient landslide and naturally occurring asbestos (NOA) were amongst the main risk factors that were identified by the  San Francisco Public Utilities Commission (SFPUC) prior to the start of construction.  Once determined, proper daily actions were taken by the team in order to stabilize the soil and protect the workers.

During the project, the team discovered two more ancient landslides, and due to safety concerns and extra work that now had to be done to redesign the project, the completion date was extended by a total of two and a half years.  All of the assessment, mitigation, risk analysis, timeline reassessment, and other corrective actions required a tremendous amount of teamwork from everyone involved in the project.  As a result of excellent communication efforts and combined expertise, the project is now on track and considered to be a success.

The full story is available at: Download PDF here.

Sukut Construction is a General and Heavy Civil Engineering Contractor coming up on 50 years of superior performance on residential, public, commercial and industrial projects throughout California. In its history, Sukut has moved more than 1 billion cubic yards of earth and is considered as California’s leading grading and excavating company.  They own and maintain an equipment fleet of more than 300 units, and own one of only a few private fleets that are compliant with the 2010 Air Resources Board (CARB) rules for off-road diesel equipment.  Sukut has been nationally recognized for its work on a variety of projects.  These projects range from small to large and encompass general contracts for earthmoving, dam construction, roadways, major drainage structures, and civil works.  In recent years, Sukut has received more than 30 industry honors, including “Contractor of the Year” and “Best Company to Work For.” 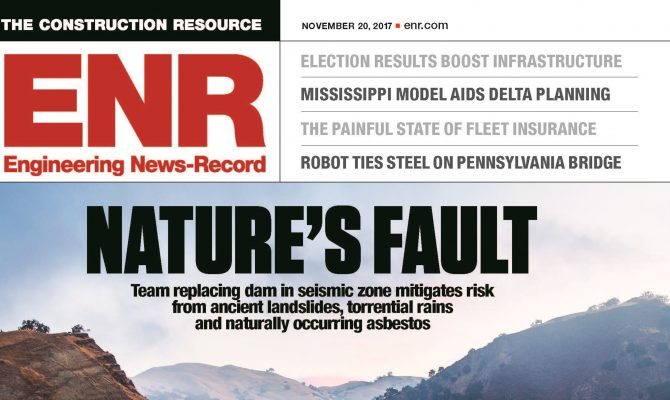