On September 20th, Sukut’s team attended a California State University, Long Beach career fair and met with many talented and ambitious Construction Management and Civil Engineering students.  The Company’s goal was to find the right individuals who would qualify for its Summer Internship Program.  This program offers on-the-job real-world experience assisting Project Managers with various aspects of project management while on the jobsite.  While in the program, students get to see and experience the action first hand, interacting with both field and operations personnel.  Sukut believes in learning at all levels of the organization and “Learning” is a stated value of the organization.  Students who participate in the Internship Program are mentored by Project Managers to gain a thorough understanding of Sukut’s technology, processes and systems.  This approach allows students and Sukut to see unique personal strengths and provide endless opportunities for professional growth for those individuals who prove to be a good fit for the Company.  Sukut’s mission statement is “Building Excellence in People and Projects” and the Summer Internship program is an example of this.

Sukut sees a lot of potential in the Long Beach State graduates.  In fact many of the school’s alumni are now long term employees of the Company.  Sukut’s leadership team strongly believes that there will be many more Long Beach State students who could become a valuable part of the Sukut team in the near future. 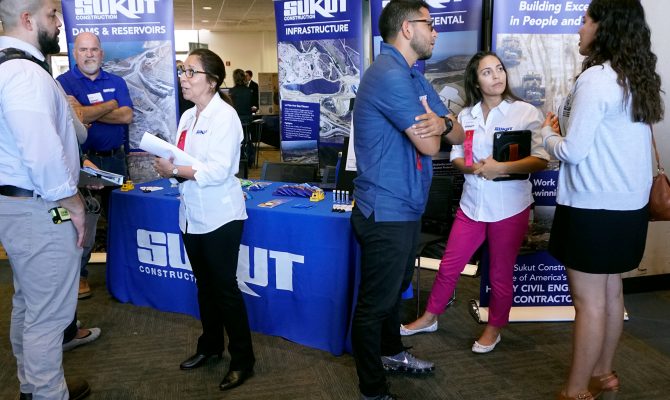