It has become an annual tradition for Sukut Construction to observe October as Breast Cancer Awareness month by participating in the Making Strides Against Breast Cancer walk in Costa Mesa. Each year Sukut employees come together to participate in this event. This year, 37 Sukut employees walked as a team to raise awareness of the disease and support the efforts in the search for the cure. Sukut Construction has been a proud supporter of its employees since the first time the company participated in 2012. The Sukut Strong team has also been successful in raising funds for the American Cancer Society, and each year Sukut Construction matches the fundraising efforts of its employees. Through this support, we have seen a growth in the Sukut Strong team size, which has grown from 23 to 37 just in the last two years. With increased participation rates and working together, the Sukut team surpassed its donation target by 38% and ranked #13 of 252 teams.

The Sukut team combined their efforts with some seven thousand other walkers to help fight breast cancer. The funds raised through the 2019 Making Strides Against Breast Cancer walk will enable the American Cancer Society to continue funding research for breast cancer treatment. Funds also make patient support and risk awareness programs possible. Until a cure can be found, early detection provides patients with the highest chances to overcome the disease. Sukut Construction and the Sukut Strong team are committed to helping win the fight against breast cancer. 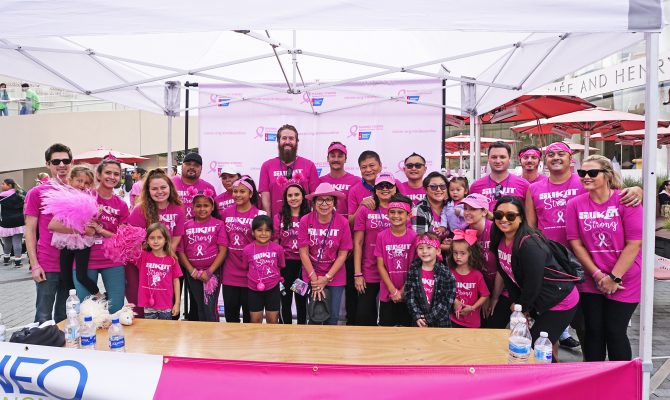