For the last several years Sukut Construction has participated in the Associated Schools of Construction (ASC) Competition in Sparks, Nevada.  This year, the 32nd annual ASC Regions 6 and 7 Student Competition took place from Wednesday, February 6 through Saturday, February 9, 2019.  The competitions and the following job fair allow heavy civil engineering students better understand the industry through direct involvement in a bidding process and a presentation in front of a panel of judges, and participating heavy civil general contractors.  The students from the ASC competitions are considered top-notch which is why 110 companies chose to participate in the job fair following the competitions.

Sukut was involved in the process in various ways: as a faculty sponsor for the California State University, Long Beach team, opening a Hospitality Suite to students Friday night to unwind after the competitions, as well as meeting faculty and students at a job fair on Saturday.  Well-prepared for the event, Sukut had 12 employees attending the competitions and the job fair.  The Company’s goal was to meet students for internship opportunities and share information about its employees, projects, culture, and career development.  Sukut’s team was pleased to see a lot of talented students and an equal amount of competition.  They met over 50 students at the job fair and will follow up with 18 students, with six already being invited to interview at Sukut in their Santa Ana office.  With a successful turnaround, Sukut is looking forward to the next year’s competitions.

Sukut Construction is a General and Heavy Civil Engineering Contractor with 50 years of superior performance on residential, public, commercial, and industrial projects throughout California.  In its history, Sukut has moved more than one billion cubic yards of earth and is considered California’s leading grading and excavating company.  They own and maintain an equipment fleet of more than 300 units, and own one of only a few private fleets that are compliant with the 2010 Air Resources Board (CARB) rules for off-road diesel equipment.  Sukut has been nationally recognized for its work on a variety of projects.  These projects range from small to large and encompass general contracts for earthmoving, dam construction, roadways, major drainage structures, and civil works.  In recent years, Sukut has received more than 30 industry honors, including “Contractor of the Year” and “Best Company to Work For.” 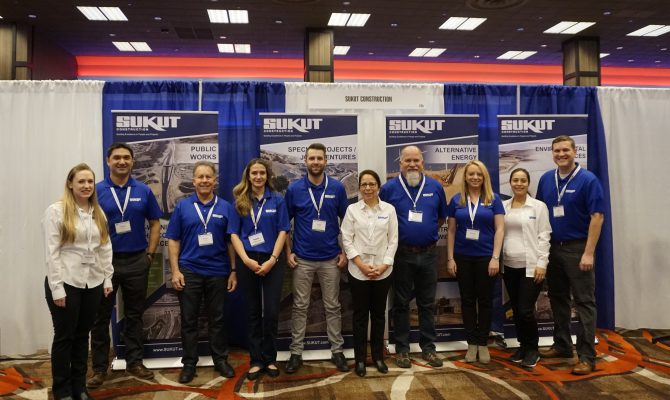