Sukut Helps Pets in Need Through Race for the Rescues

On Saturday, September 8th, 2018, The Rescue Train, a non-profit, no-kill organization, hosted a Race for the Rescues event in Irvine, Ca.   The Rescue Train is supported by volunteers with a mission to reduce the number of animals entering shelters by doing hands-on rescue work and creating unique programs and solutions.  One of the solutions is their annual “Race for the Rescues” which funds and supports a long list of other important animal welfare organizations.

Those behind the Race for the Rescues work on increasing the number of adoptions by uniting other non-profit organizations, families, and animals in need.  Through organizing the annual race, they raise awareness and collect donations that are used to help save the lives of dogs, cats, and horses.  In addition, Race for the Rescues provides veterinary care for the pets of low-income families, free spay and neuter clinics, and a shelter intervention program.

The idea behind this organization was very close to Sukut Construction and its employees, so after learning about the organization’s goals and mission, Sukut Construction became one of the sponsors of the Race for the Rescues.  The Company formed a team, “Sukut to the Rescue”, and a donation fund with a goal that was met and even exceeded at the end.  On the day of the event, Sukut set up a tent and was glad to see a great support from the Company’s employees that came together to participate in this good cause.  Sukut and its employees could not have wished for a better turnout!

The event was fun and a great success as the organizer raised funds, held adoptions on-site, and supported local businesses and a healthy lifestyle.  Sukut is looking forward to sponsoring this race next year!

For more information about The Rescue Train visit http://www.therescuetrain.org/ 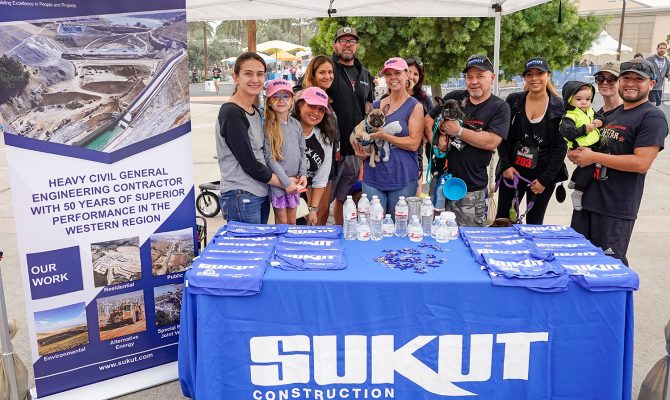