Sukut Joins Fight Against Cancer at The Construction vs. Cancer Event

On April 28th, over 300 pediatric cancer patients attended the Construction vs. Cancer event organized by the American Cancer Society in Anaheim, CA. The event was designed to offer kids and families a day of fun and entertainment while collecting donations to support the medical advancements to fight pediatric cancer. The attendees had the opportunity to operate various construction equipment, play games and share in the festivities such as musical performances by the bands Unscripted, Tomorrow’s Anthem, and Scattered Dreams, as well as dance performances by the Reverb Tap Company and others.

Sukut Construction was a Suite Sponsor and provided a Caterpillar front end loader for the kids to climb in. Over a dozen of Sukut’s employees attended the event and helped make this day a memorable occasion for the kids. Patients were given bright construction safety vests, dozers, coloring books, and more. It was Sukut’s goal to help kids feel special and celebrated while helping raise funds for the American Cancer Society, the largest private, not-for-profit funder of cancer research in the United States. Thanks to everyone’s contributions to this organization, more than 1.5 million lives have been saved in the US in the past two decades. Sukut is thankful to have been part of this great event and proud to have contributed to the fight against cancer. 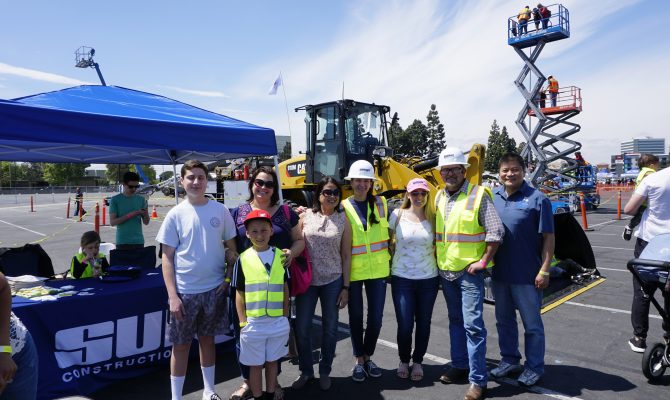