The 2022 ASC event brought together 1,331 students from 53 universities, as well as 136 companies across the country. The Granite Construction-hosted Region 7, Heavy Civil category, which the CSULB team was a part of, included 16 schools.

The competition began on February 10th at 5:30 a.m. as students received their problem statements – construction projects that they had to study and prepare thorough bid packages for, imitating the real-life estimating processes. During these tireless hours, leading to the 9:30 p.m. bid turn-in and opening, the students used their knowledge gained throughout countless training sessions with the coaches to create a proposal package. The process included calculating the cost, listing project challenges and outlining solutions, and developing a complete understanding of how to construct the project, including project schedule, work plans, analysis, and more. “As the coach of CSULB’s 2022 Heavy Civil Reno team, I have the honor to say this was one great group of students! They have achieved something no other CSULB Reno team has accomplished, coming in second place! The hard work and dedication I witnessed as one of their coaches makes me especially proud of their achievements because I know more than most how much they deserved to place this year. They are a great stepping stone for the success of future students, and I cannot wait to watch their continued success in the years to come,” said Jacob Witucki. Jacob, a CSULB alumnus, competed on a heavy civil team in Reno in 2018 and 2019 before joining Sukut as an intern in 2019. He now serves as a takeoff lead at Sukut and manages a team of four people in the department.

The next day oral presentations in front of a panel of judges and an audience composed of fellow students, construction companies, ASC staff, and university professors understandably put an added amount of pressure on the students. However, Sukut and CSULB staff were tremendously proud of their team’s performance and their ability to address the questions coming from the judges following the presentation. This possession of required skills and knowledge, along with the coaches’ mentorship before the event, drove the CSULB team to place second.

Sukut has sponsored and coached the CSULB heavy civil engineering students for over a decade. Each year, there is consistent growth and improvement in the students’ performance. CSULB came in eighth place in 2019, sixth in 2020, and third in 2021. “I have been witnessing the Reno competitions for ten years and am very proud of how our team performed this year. The progression I have observed over the years is astonishing. With last year’s third and this year’s second place, I can see the CSULB team coming in first in the near future. This is the goal we are working towards, and I have no doubt we will reach it very soon,” said John Pena, a CSULB alumnus and a project manager at Sukut. 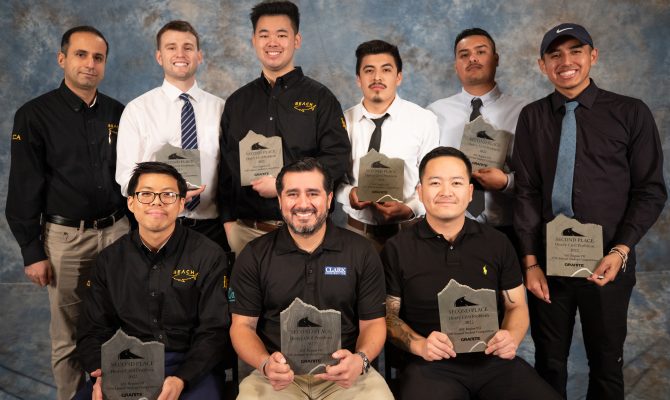