On October 28th, Sunjoint Development LLC (Sunjoint) held a groundbreaking ceremony for the Terraces at Walnut project, for which Sukut Construction (Sukut) was selected to serve as a general contractor. The event, followed by a celebration dinner, was organized to mark the start of construction on a rough grading project to lay ground for the future residential development in Walnut, CA.

The future 49-acre development includes a mix of housing types, a commercial district, parks, recreation areas, parking, streets, trails, walkways, public infrastructure improvements, such as stormwater basins, as well as an open space, such as landscaped slopes. The residential part of the development will include 211 single-family detached homes and 79 townhomes. The commercial district will house 16,000 square feet of retail and restaurant space.

Sukut Construction is a general heavy civil engineering contractor with over 50 years of superior performance on residential, public, commercial, and industrial projects throughout the Western region. Sukut is most widely referred to as one of California’s largest mass excavation and grading contractors, moving up to 50 million cubic yards of earth per year and maintaining an equipment fleet of more than 300 pieces of heavy equipment. In recent years, Sukut has received more than 50 industry honors, including Contractor of the Year and Best Company to Work For. Sukut maintains its high status in the construction industry by offering the maximum level of project quality and safety, the very best in personnel, and cost-effective work. 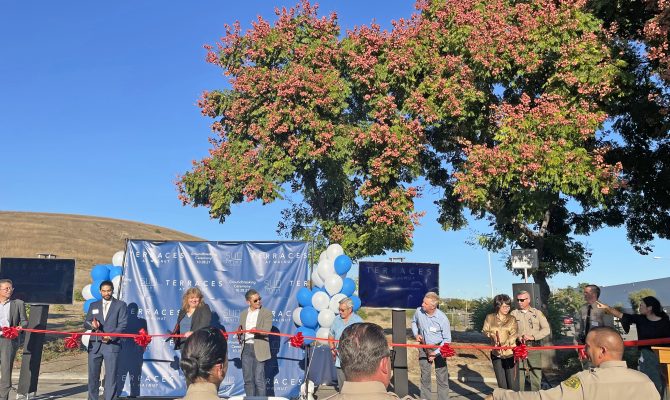