The U.S. Army Corps of Engineers Hosts a Groundbreaking Ceremony for the Phase 2 of Lake Isabella Dam Safety Modification Project

On April 3rd, a groundbreaking ceremony was hosted by The U.S. Army Corps of Engineers Sacramento for the Lake Isabella Dam Safety Modification Project, Phase 2.  The $241 million dollar construction effort to improve the Dam is being executed by the Joint Venture Team of Flatiron, Dragados, and Sukut Construction (FDS).

The $241 million dollar construction efforts to improve the Dam is being executed by the Joint Venture Team of Flatiron, Dragados, and Sukut Construction (FDS).  Phase 1 was completed in the Fall of 2017 and included construction of an administrative building, a warehouse, and a fire station in the surrounding areas.  Phase 2 involves construction activities to enhance the structural capability of the existing dam and serve to increase public safety, as well as restore the water storage capacity in Lake Isabella.  This is being accomplished by constructing a new 300-foot-wide emergency spillway, a 28-foot-tall Labyrinth Weir, buttressing and raising the existing dam structures by 16 feet, and reinforcing of the existing foundation.  The project is expected to be complete in 2022.

Sukut Construction is a General Heavy Civil Engineering Contractor with 50 years of superior performance on residential, public, commercial and industrial projects throughout California. In its history, Sukut has moved more than 1 billion cubic yards of earth and is considered as California’s leading grading and excavating company.  They own and maintain an equipment fleet of more than 300 units, and own one of only a few private fleets that are compliant with the 2010 Air Resources Board (CARB) rules for off-road diesel equipment.  Sukut has been nationally recognized for its work on a variety of projects.  These projects range from small to large and encompass general contracts for earthmoving, dam construction, roadways, major drainage structures, and civil works.  In recent years, Sukut has received more than 30 industry honors, including “Contractor of the Year” and “Best Company to Work For.” 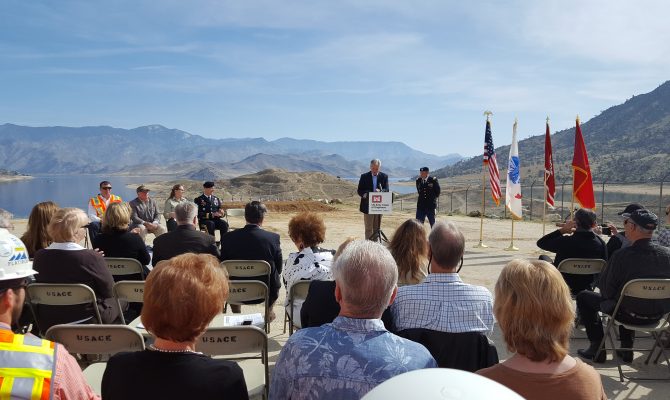