Two of Sukut’s Summer Interns Get Awarded the SCCA Scholarships

Sukut is proud to share the news that two of Company’s interns, Jonathan Dimitri and Christian Rhodes, were selected to be recipients of the 2018 Southern California Contractors Association (SCCA) Scholarship.  Jonathan has been gaining his heavy civil engineering experience at Sukut’s Trampas Canyon Dam and Reservoir Project, while Christian, a third-time intern at Sukut,  is working on Environmental projects.  Both interns have proven to be an asset at Sukut and shared their personal stories with the Company’s team.

Christian grew up in La Habra, CA and is attending California State University, Fullerton to pursue a degree in Civil Engineering.   For this summer internship, he was put on a landfill project in Whittier, CA which provided him with the opportunity to learn the responsibilities of a Project Engineer.  While on the project, Christian was tasked with approving invoices, reviewing field logs, scheduling subcontractors and creating submittals, RFI’s, and look ahead schedules.  When he is not working in the field, he helps Sukut’s project manager bid projects by completing takeoffs, running hauls, and using CAD to create cut/fill maps and calculate quantities.

“I am very grateful for the opportunities Sukut Construction and its people have given me, for these internships have not only allowed me to gain industry experience before I graduate, but also have helped me win some scholarships to pay for my education,” said Christian. “This year, I will be the captain of the Heavy Civil team at CSUF, and I’m excited to use what I’m learning this summer to help my team grow over this next year and compete to win the competition in Reno.”

In his free time, Christian enjoys playing basketball, working out, and hanging out with friends.

Jonathan grew up in San Diego, CA and is now attending San Diego State University studying Civil Engineering.  He has just completed his Summer internship at Sukut, working primarily alongside the Project Engineers in the field.  Jonathan worked on a number of different tasks throughout his time at Sukut, including reviewing and constructing submittals, RFIs, work plans, managing documents, tracking and logging material imports.  He was also able to spend time observing the work in the field, learning from the foremen and superintendents onsite.

“My time here at Sukut is filled with new learning experiences and challenges encouraging constant critical thinking.  The six values of Sukut have been evident daily for me throughout my time at Sukut and are a great representation of my experience,” said Jonathan.  The challenges and creativity within the field had a large influence on his choice to pursue a degree in engineering.  Jonathan plans on graduating from San Diego State University with a bachelor’s of science degree and possibly continuing on to a post-baccalaureate program while pursuing a career in the Civil Engineer or Construction industry.

Sukut is thankful to the SCCA Scholarship Fund for noticing these two bright individuals and providing them with a financial help that is affecting Jonathan’s and Christian’s future in a very positive way.  Sukut also wanted to highlight those who make a big impact on the placement of this scholarship program by providing funding: the Construction Industry Advancement Fund (CIAF), the Fund for Construction Industry Advancement (FCIA), the Mobile Crane Operators Group (MCOG), and SCCA’s members.   This scholarship program makes many intern’s educational goals more attainable and helps relieve stress associated with the financial responsibility to get an education.  Everyone at Sukut congratulates Christian and Jonathan and wishes them the best of luck in their educational endeavors. 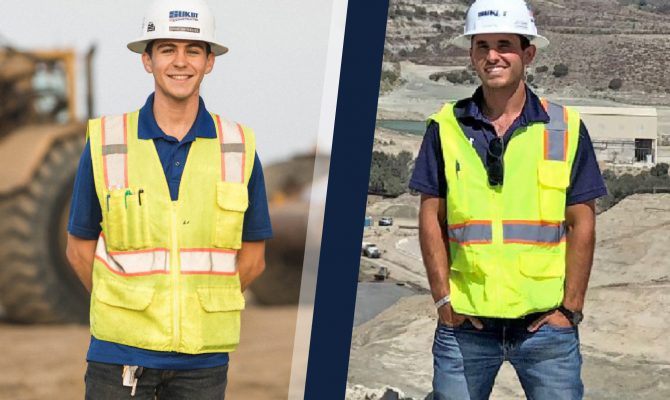