A UCON member since 2015, Sukut Construction can be found in the July 2019 edition of United Contractors Magazine’s special feature, “Women in Construction”. After half of a century of success through innovation, Sukut Construction leads the industry by example. This employee-owned, values-driven company continually prospers by maximizing human resources productivity and efficiency. The Sukut team recognizes that the development of a diverse workforce allows them to more fully benefit from the unique strengths and skills of all sectors of the talent pool.

By creating a welcoming atmosphere of inclusivity for the female workforce in the construction industry, Sukut taps into a vast reserve of new ideas and perspectives. Female employees are invited to explore their individual career trajectories. Programs for growth through training, education, and mentorship promote opportunities for success within the Sukut family for the expanding female construction labor market. Sukut Construction celebrates the women who have contributed to their decades of prosperity with a dedication to a future of opportunity. 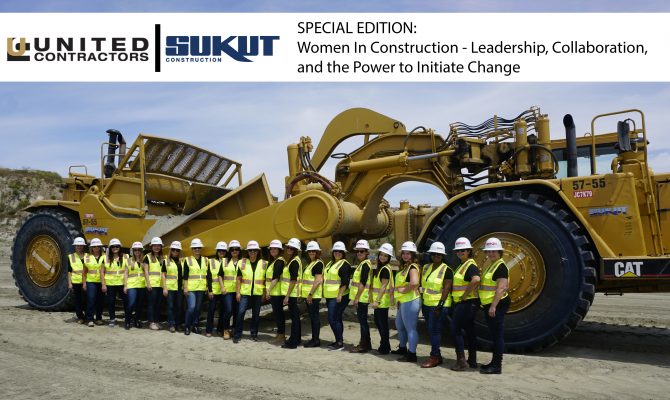