In the latest issue, Facing the Struggle, the United Contractor’s magazine spoke about various steps that construction industry employers take to create a safe environment for their employees and initiatives implemented to improve their well-being. The publication described what Sukut Construction, LLC (Sukut), does to support its employees.

Sukut is an employee-centric company. Since the Company’s inception in 1968, Sukut has built its success on the notion that people are the driving force behind the Company’s advancement in the industry. They are fully committed to maintaining a safe and innovative place to work.

The newsletters contain information on upcoming health and wellness webinars, medical and health benefits resources, healthy habits designed to improve overall well-being, mood, and relationships, healthy recipes, and more. The newsletters are also tied to current events, such as October being breast cancer awareness month or February centering around heart health. Additionally, some topics are used to spotlight Sukut’s learning and development initiatives by covering brain health and functions.

As COVID-19 hit at the beginning of 2020, Sukut made adjustments to create an environment where employees felt safe and protected while working during the pandemic. Wellness newsletters became a great source of information. They addressed the new health and safety guidelines and ways to improve emotional well-being.

Sukut genuinely cares about its employees and continually invests in their health and wellness. The Company has been named a Top Workplace and Best Place to Work several times by the Orange County Register and Orange County Business Journal.

Link to the United Contractor’s Facing the Struggle issue: LINK 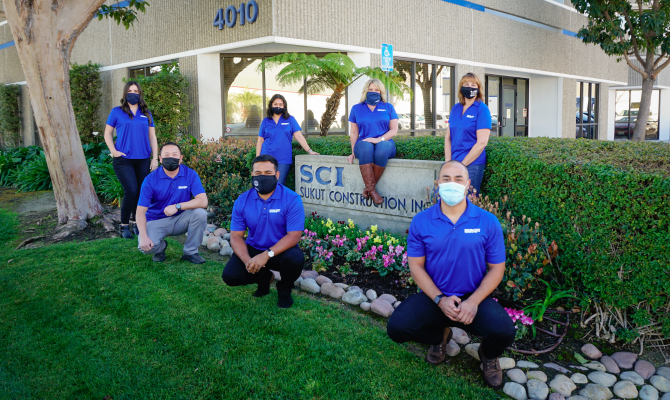