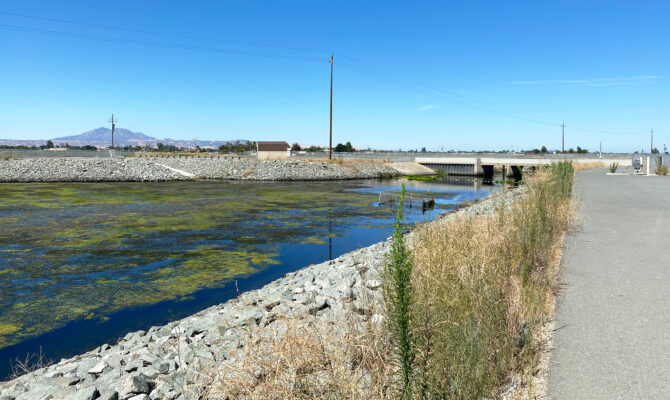 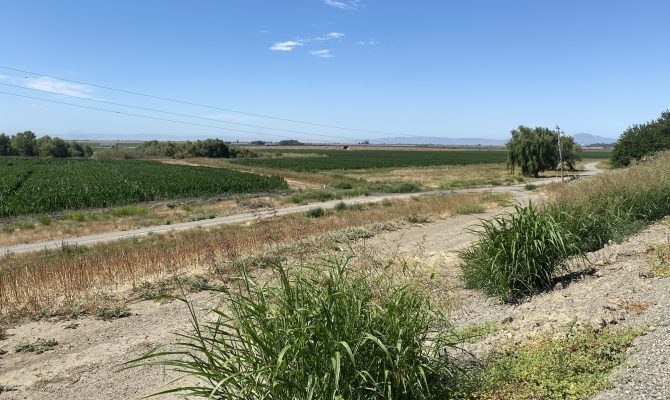 On this project, Sukut will be stripping 55 acres of the existing farmland, excavating, and stockpiling 200,000 cubic yards of peat material. On-site borrow sites will be utilized to excavate and haul 510,000 cubic yards of fill material to rebuild five miles of existing levee along the Mokelumne River. Once the levee has been rebuilt…Read more 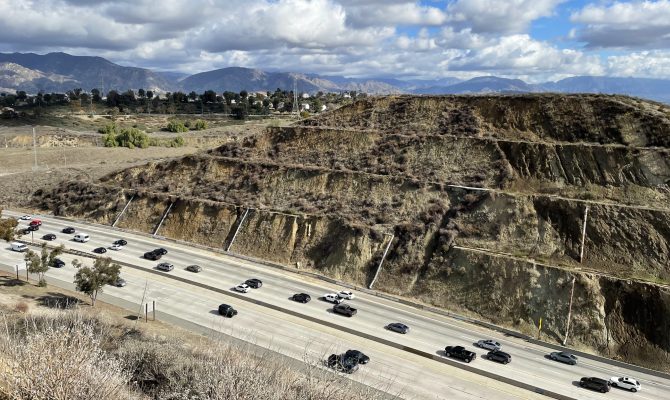 Sukut will reconstruct the steep earthen slopes along Interstate 405 between Rinaldi Street and the interchange with Interstate 5.  Since its original construction, the slopes along this stretch of the freeway have eroded significantly and are threatening the safety of the traveling public.  Sukut will regrade the slopes, remove the old drainage systems, and at…Read more 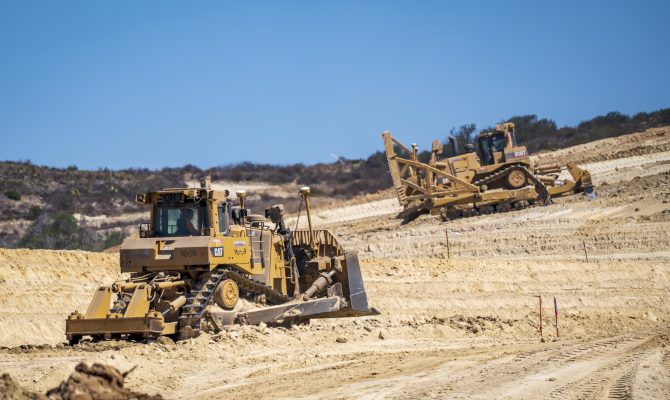 Sukut is repairing a landslide at Marine Corps Base, Camp Pendleton. This design-build project’s goal is to reconstruct a hillside that failed during the winter storms of 2019 and is currently keeping Range 314C out of service. Sukut’s scope includes 450,000 cubic yards of earthmoving and 24,000 square feet of temporary shoring.Read more 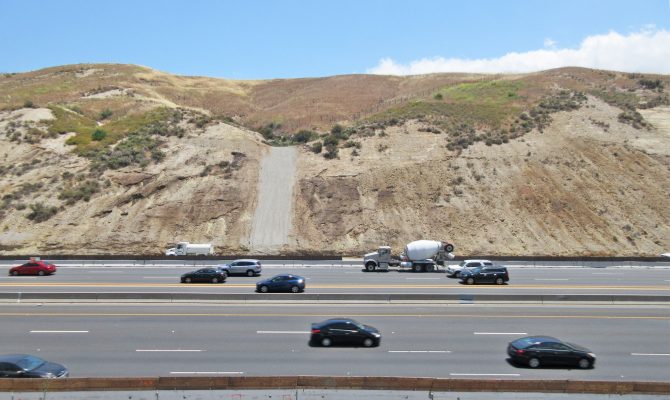 Sukut will reconstruct a 2,000-foot-long cut slope that was graded during the construction of State Route 14 in the early 1970s. Over the years, the hill, which reaches a height of nearly 200 feet, has experienced tremendous erosion. Approximately 212,000 cubic yards of earth will be removed from the site. Following the grading, Sukut will…Read more 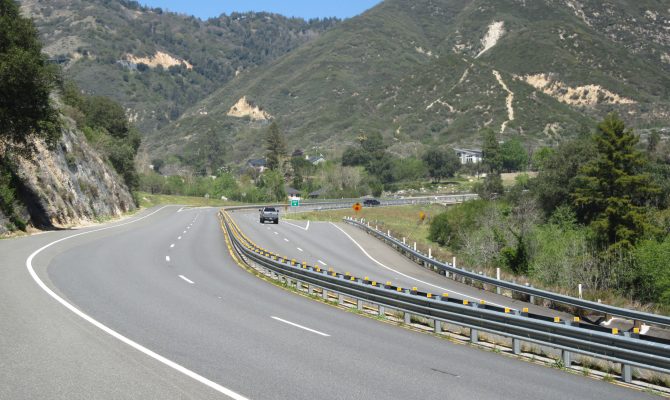 Sukut is installing 14 different drainage system improvements along State Route 18 from the City of San Bernadino up to the intersection with State Route 138. This mountainous section has elevations starting at 1,400 feet and ending at 4,400 feet, with one 220-foot-long run that is particularly challenging – a slope with a gradient of…Read more

Starting in the summer of 2022, Sukut is installing two separate pipelines, each nearly seven miles in length. The pipelines are part of the City of San Diego’s massive Pure Water program. Once operational, the project will purify 30 million gallons of recycled water per day for San Diego residents. The pipeline work begins in…Read more 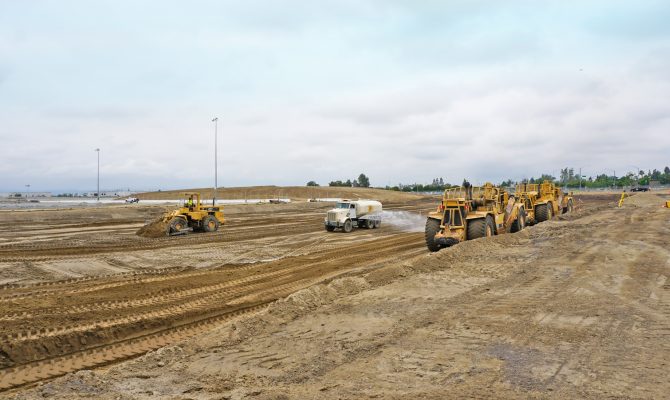 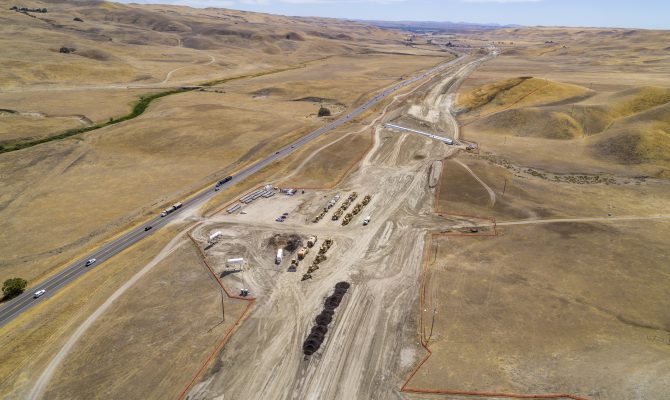 Sukut is performing construction activities to widen the Cholame Section of Route 46 from a two-lane highway to a four-lane divided expressway. This 200-AC section extends from post mile 49.7 to 54.7. This project’s purpose is to minimize fatal accidents, improve safety, and reduce existing and future peak-hour congestion on State Route 46 between Paso…Read more 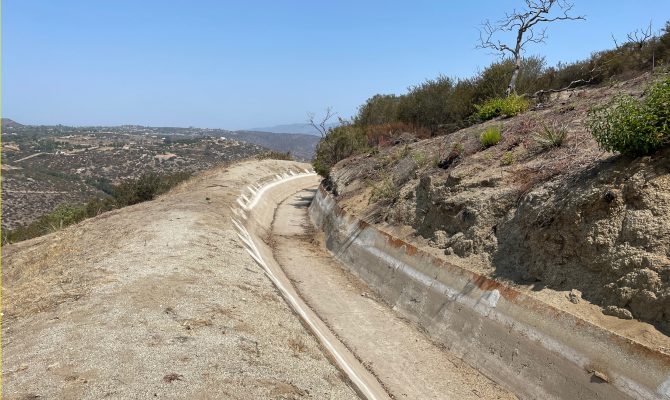 On this project, Sukut will remove, relocate, and replace approximately two and a half miles of the Escondido Canal that crosses the San Pasqual Indian Reservation. The project consists of three major components: a desilting basin, replace-in-place section, and pipeline section. The 110-foot-long by 32-feet-wide desilting basin’s hydraulic structure within the 100-foot canal right-of-way will…Read more